This cover was sent from Trinidad to Java, then in the Dutch East Indies (now Indonesia). It was mailed on the 21st January 1942 and was censored by the authorities in Trinidad (Opened by Censor No. 6). Unfortunately 7th December 1941 saw the Japanese attack on Pearl Harbor and on British and Dutch colonies in the East. On the 15th of February 1942 Singapore fell, followed by the Dutch Indies in March. It is not surprising that in such circumstances delivery of mail proved impossible.

This cover made it as far as India (where it received a censor mark) before being returned to Trinidad. It also received a “Service Suspended Returned to Sender” handstamp as well a “Returned Letter Branch” cds dated 29 Sep. 1942. 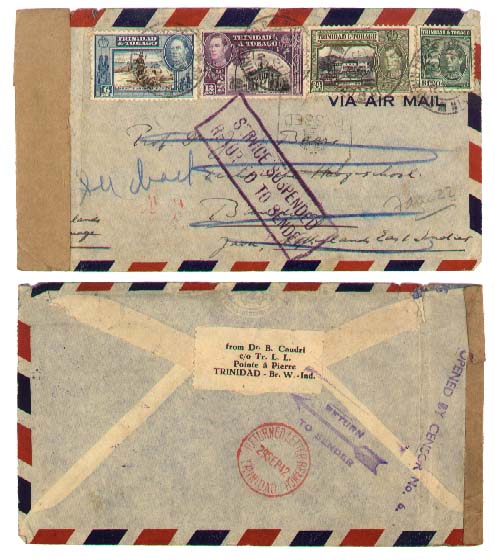