The USS Hannibal was a US Navy survey ship. In peace time she made depth soundings and surveys mainly in the Caribbean region, while in WWI she worked as a submarine chaser based in England. In the 1930’s she surveyed the waters off Trinidad, (as well as Venezuela, Costa Rica, and the Canal Zone), and some of her crew made connections with local residents.

This letter is from a Trinidad resident to a crew member. It is addressed to Canal Zone, Panama where the USS Hannibal was operating. The crew member must have been moved or transferred because the letter is forwarded to another address. A 2c US stamp was affixed and this cancelled with the ships cancel. 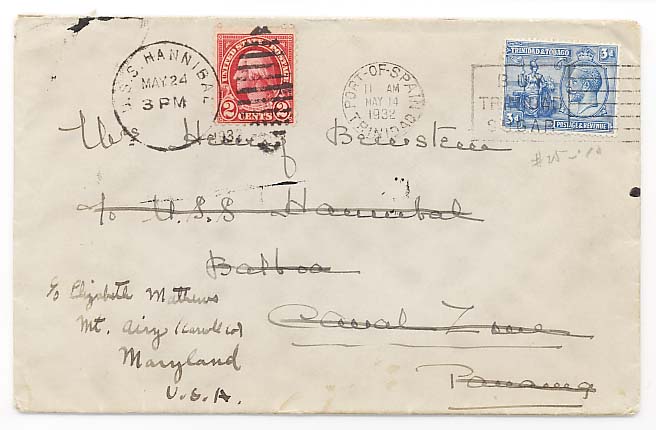