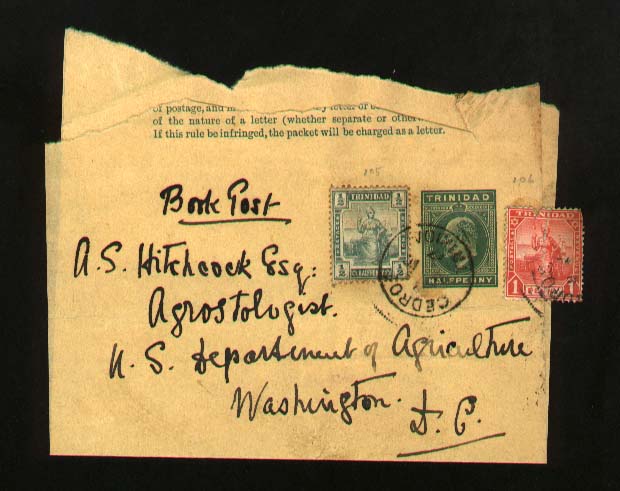 These were printed by the post office and were used to send printed matter, such as newspapers, by mail. The idea was to wrap it tightly on the outside of the newspaper which was rolled up. To encourage the flow of information special low postage rates or “printed matter rates” were introduced, but no letters or correspondence could be included. If postage rates increased additional stamps were used to make up the difference. The item above is a newspaper wrapper that was used to send a book from Cedros to the US Department of Agriculture in Washington DC in 1917.

Pre-printed newspaper wrappers are no longer sold by the post office but printed matter rates are still used. The wrapper shown below was one of the last types printed. It was used from Forest Reserve to Columbia in 1966. As a side note, often the small design was cut out and placed in stamp collections, this is called a cut square. Often collectors think they’ve stumbled on an unlisted rarity. 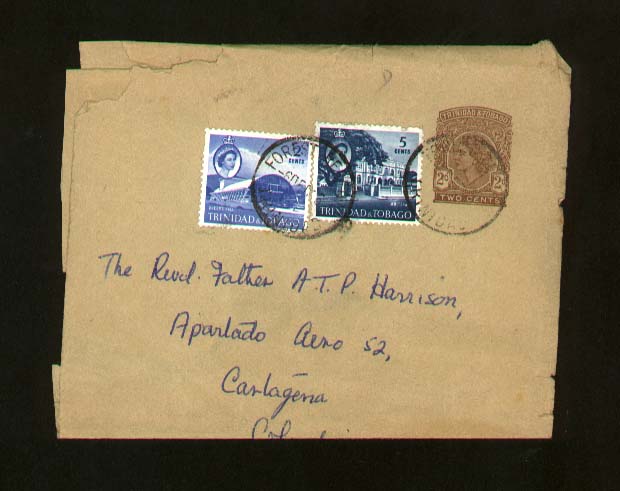